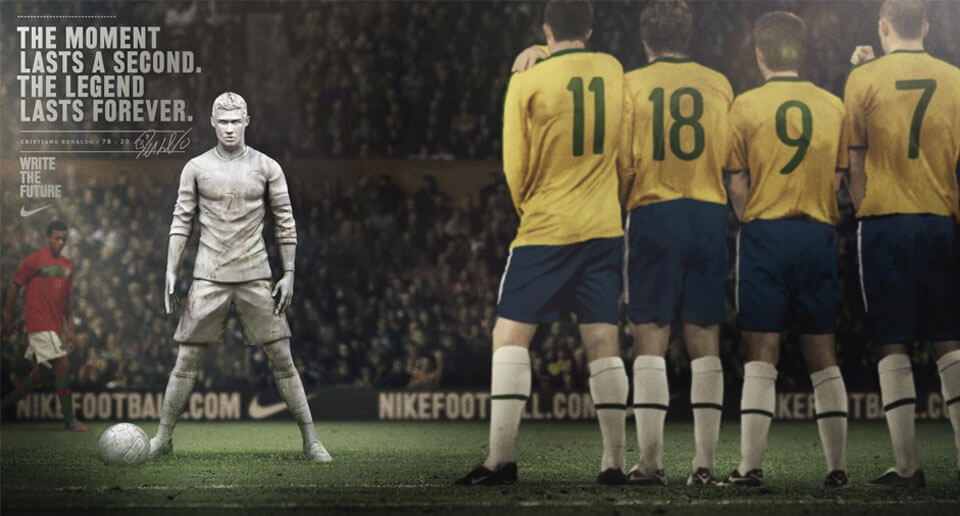 Of course, the ad was not all about Ronaldo; it had plenty of starpower to go along with it, considering the World Cup was coming up in only a short period of time. What it did really was blend those high stakes of the World Cup with immaculately conceptualized game scenarios. For instance, it shows a failed Rooney reimagining the shot that lands his career in disarray and has him living out of a trailer, sporting a scraggly beard. He reinvents his life and goes on to meet the Queen (albeit a tad embarrassingly) and even plays a few shots of Ping Pong with Roger Federer!

The advertisement kicks off with a scene of Didier Drogba, in which the legendary French soccer player is seen making a run towards the Italian goalpost, with none other than Fabio Cannavaro in hot pursuit. As he shoots for the goal, the scene shifts to Cote D’Ivoire, where a huge street party seems to be erupting, in anticipation of his goal that’s only a few moments away. What nobody would have anticipated, however, is Cannavaro making that last-minute goal clearance, which in turn leads him to being the guest of honor in a program in Italy.

After Wayne Rooney’s stint in the ad, the focus moves over to Ronaldinho, who finds himself in somewhat of a spot, what with him being literally cornered by the midfielder Thiago Silva. Not one t be bogged down, Ronaldinho goes on to endearingly execute a number of step-overs, which literally go on to become a viral sensation. His eventual cross finds its way onto Ronaldo’s chest, and the Portuguese legend sprints forward with the ball, only to set things up for the grand finale.

Yes, everything in the advertisement seems to build up to the final moment, where Cristiano Ronald is prepping for the free kick that will help take his country to glory over archrival Spain. In the end, we don’t get to see the result of that free kick, but the words ‘Write The Future’ are boldly splashed onto the screen. It’s a given, of course, that Ronaldo scored that goal. It’s not important that the goal is shown. What’s really important is the belief in oneself to go out there and get what they want.

The beauty of this commercial lies in the fact that it implores people to take charge of their own destiny. The future is not something that we have no control over; in fact, we can redefine ourselves in those make it or break it moments and create our own future. The full version of this ad is more than three minutes long, and all of the great players in this ad, involving Cristiano Ronaldo, are playing in a World Cup scenario, which is what makes watching this advertisement all the more interesting. What’s another interesting thing is, whatever the players are doing in the advertisement, leads to a ripple effect in the world outside the stadium. This just goes on to show one how a mere moment can translate into something so much greater. 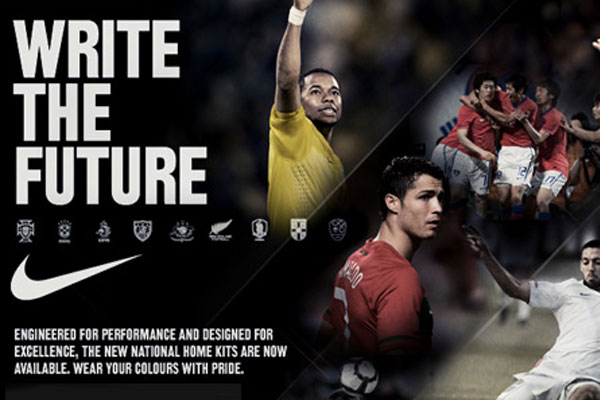 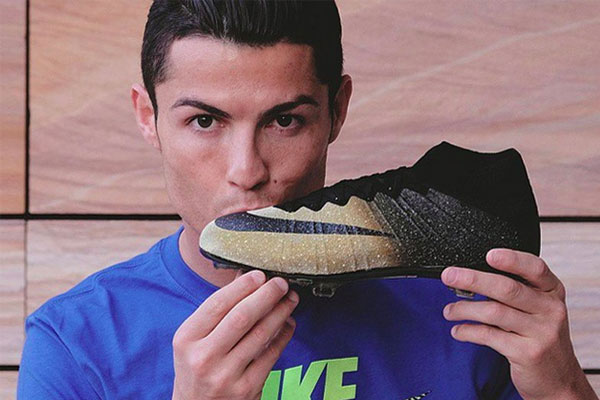 Alejandro G Inarritu, the director of heavyweight films like 21 Grams and Babel, filmed this advertisement. Once again, this wonderful campaign was strategically placed right ahead of the impending World Cup that was to kick off in South Africa the following month, as Pepsi did with its infamous Beckham and Totti advertisement in the medieval ages.

What this campaign really does, is to highlight the effect that one moment can have on the life of a spectator, a player or even an entire nation.

You can see this wonderful commercial here: