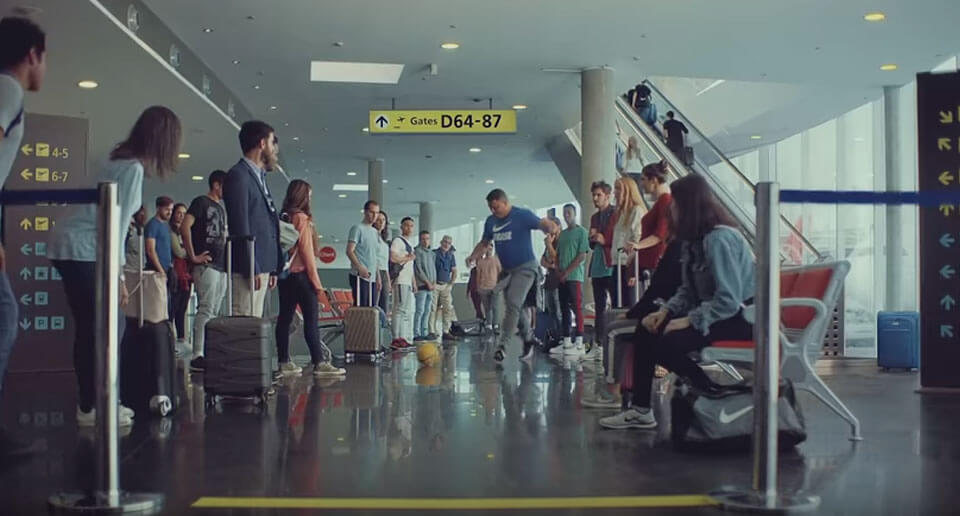 It was in the year 1998 that Nike made a commercial that went well beyond what the then current advertising was all about.

It featured the Brazil soccer squad, which was then undoubtedly the strongest soccer team in the world, waiting at an airport, bored.

Of course, the only way that they could think of entertaining themselves was by playing soccer. The rest, of course, is history. The ad became an instant classic and it went on to revolutionize the way we see commercials. The players go on to play in the airport waiting lounge and even on the tarmac. In the end Ronaldo shoots to score, but hits what appears to be a makeshift goalpost. But then, that’s the nature of sport – you can’t win them all, right? Needless to say, all the people in the airport have been entertained, as have all the viewers of this most wonderful ad.

The timing of this ad also was quite right. Brazil had won the World Cup four years ago and expectation were high that they would win the World Cup this time round, too. Of course, the ad could not help them win the World Cup but it surely won the hearts of people the world over. This is definitely one of the best sports ads that you will ever see

Furthermore, there are several things that can be gleaned from this ad. One is that all you need to get out of boredom is a Nike ball, as Nike would have you believe (of course, why wouldn’t they). The second thing is, Brazilian soccer is happy and fun, and so is Nike. Thirdly, and most importantly, Brazilian players might be rather exemplary where it comes to their soccer talents, but they too make mistakes, just like any other human being out there would. 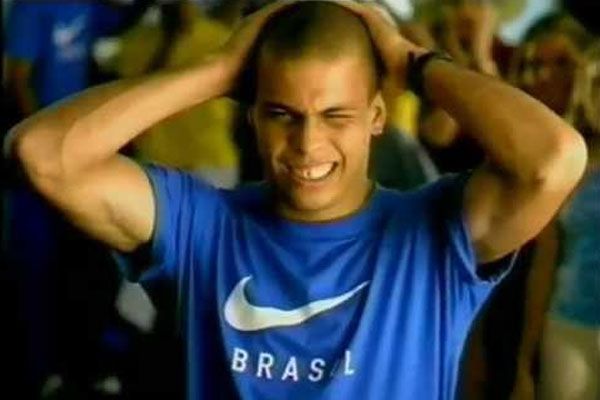 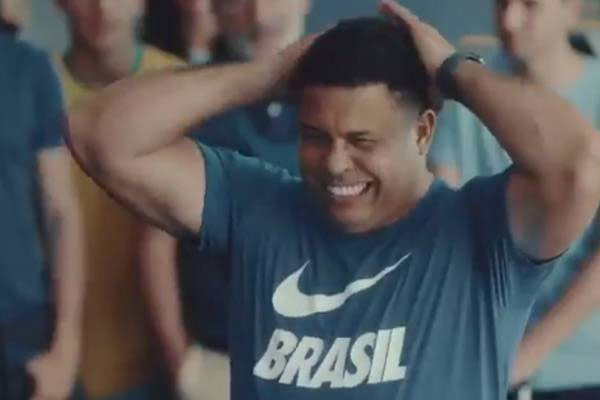 Needless to say, the ad does not treat the Brazilian soccer players as people who can simply get away with anything they like; people who are in some way higher than human. In fact, the police even chase them in the ad. In the end, it doesn’t really matter if you win or lose, too. Ronaldo makes that mistake and he doesn’t get the goal he has been looking for. Drawing a corollary to this, Brazil did not end up being the champions the year this ad came out. Did that matter? Not really. The spirit of soccer was still alive, as was exemplified by this glorious advertisement, and in the end that is what truly matters.

You can see the ad here: