Pepsi’s Beckham And Totti To The Rescue 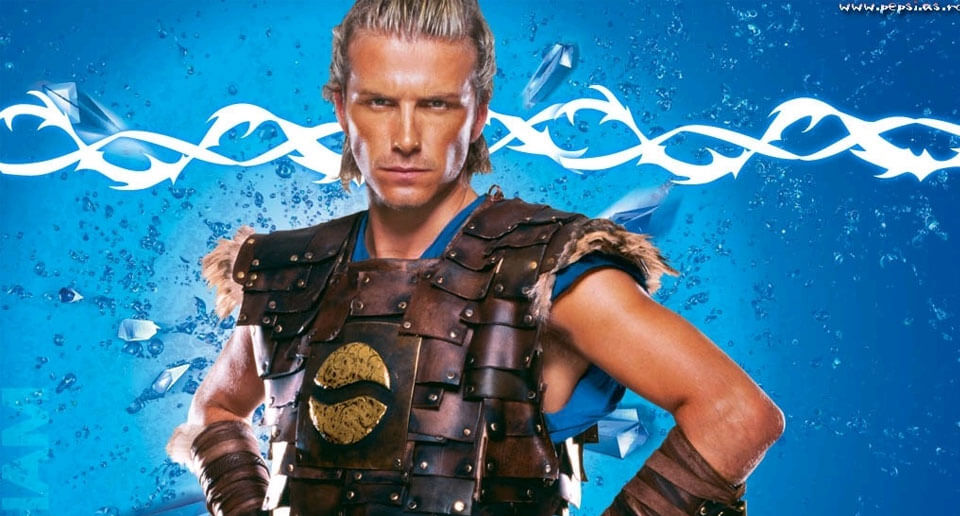 It’s not easy to imagine a world of soccer without David Beckham in it. Add to the mix a star like Totti, and you get a combination that is electrifying. Imagine the kind of joy soccer fans must have felt when they saw their two most favorite soccer idols on screen together – despite it not being on a soccer field!

We’re talking about the legendary Pepsi ad in which Beckham and Totti are seen together in what seems to be the medieval ages, a time marked by fights amongst warriors of neighboring clans. It is little surprise that the soft drink giant would choose the two legendary soccer warriors, to be amongst their Numero Uno choices where it came to sharing screen space together in an advert for them.

The sequence of events in the Pepsi Beckham and Totti ad

Directed by Tarsem Singh and produced by Radical Media, this ad was released worldwide in the year 2004. It is in an instant that the viewers are introduced to the medieval world. We get to see knights on horses and warriors on foot, being threatened by what seems to be an imminent invasion, right outside the citadel. It is clear in the beginning that some sort of assault is imminent.

The second sequence of the ad takes things even further. Thrusting open the gates of the town, the warriors seem to be searching for something valuable, but hidden.

It is in the third sequence that we get to know exactly what the pulse of the advertisement is all about. The invaders that have been attacking the city have done so for some obvious reason. They are looking for something, but what exactly? We don’t have to wait long to know exactly what the invading warriors have been looking for. They are plundering blue cans of Pepsi from any godforsaken place a well or even a wool container, while their leader sits on a huge load of those blue cans.

All of a sudden, a child’s leather ball (that is almost medieval in itself) flashes across the screen. This is the turning point of the advertisement. Realizing that danger is imminent, the invading warriors clear the market and prepare for impending attack. On one side is the army that had dared to defy them: the dream team of Robert Carlos, Ronaldinho, Beckham and Totti.

Once the ball reaches Beckham’s leg, it is kicked valiantly in the opposite direction and the music turns from European to Samba. Needless to say, the invaders are shaken. Then we see the characteristic chest taking and head holding from Ronaldinho.

The invaders form an inefficient defensive row, that fails to stop Carlos’ shot which goes on to hit the large Pepsi can container under the bar locker. That leads to the entire war booty spilling out and the climax of the advertisement, where people can be seen spilling onto the town square for a final grand Pepsi feast. As though all that has transpired hasn’t been a feast for every true soccer fan’s eyes, David Beckham then proceeds to give an autograph on a parchment to the child with the leather ball. Of course that is the dream of every soccer fan out there, isn’t it?

Medieval imagery has long been used in things like film, computer games and even commercials. There are some things that go along with medieval times like bread with butter; things like the leather clothing of warriors, dark and heavy metal armor and even magic. You will find all these elements in this most wonderful advertisement, which quite succinctly depicts Pepsi as being something of great value. Of course, the very fact that wildly famous stars like Beckham and Totti are associated with it, speaks volumes about the importance of this drink. 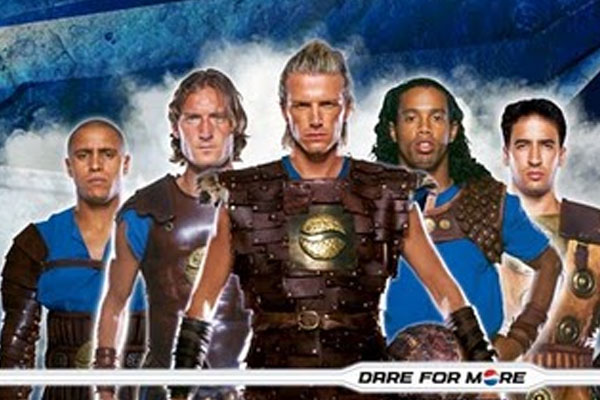 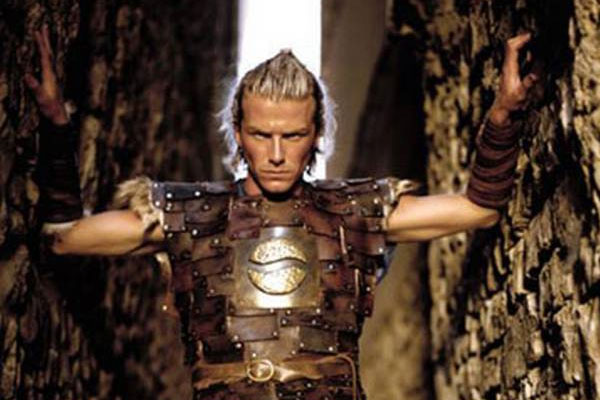 This commercial is intrinsically based on a rebel teens’ concept that is brilliantly turned into a fighting scene in the medieval ages. Needless to say, the ‘magical items’ that are so earnestly coveted by the invaders are the blue Pepsi cans. It’s as though to say that when you are drinking a Pepsi, you are drinking a little bit of magic.

You can see the ad here: