Beckham And All Stars Vs Sumo Wrestlers 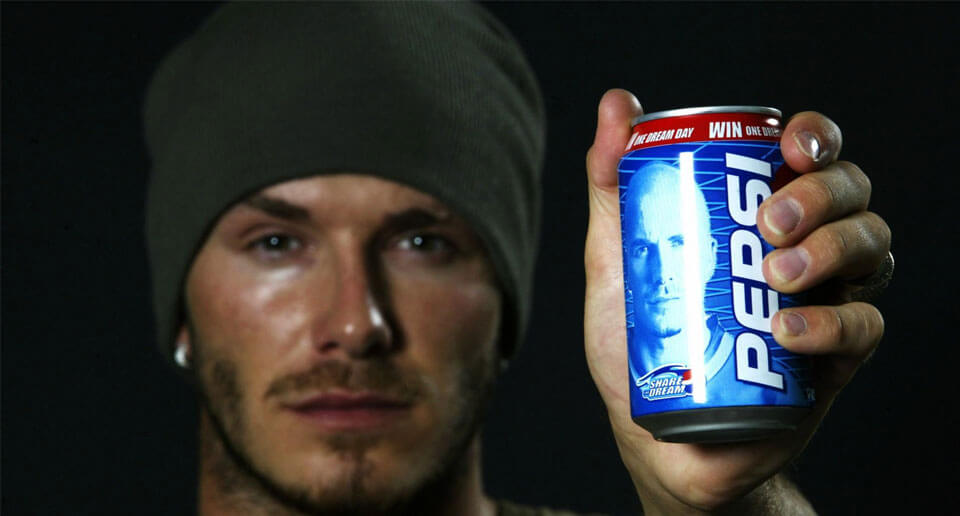 When you think of Sumo wrestlers, you think of those giants that can literally crush a person of normal size when they get on top of them, right? Well, what if their competition is David Beckham?

The scene is set in the 2002 World Cup. The time of greats like Ronaldo and Oliver Kahn. The time when a bent referee led to the almost hilarious ouster of Italy from the tournament. And then, of course, we have Pepsi’s classic advertisement featuring David Beckham as well as other stars like Roberto Carlos, Raul and Gigi Buffon.

The scene is set in a kind of Japanese Pepsi training camp, where we find the stars having some sort of a kickabout. It is seemingly out of nowhere that a group of large Sumo wrestlers arrive. There are in total seven sumo wrestlers and six soccer players, but without much ado, a match is set. Of course, the all-stars believe that they can pull this off with a sense of élan, but for those of us watching the advertisement, it is safe to say that we might expect a juicy plot twist along the way.

Before a ball is even kicked, the classic line ‘So, what are we playing for?’ is delivered by Beckham. Of course, the answer is Pepsi, as pointed out by one of the Sumos.

And so, we have some soccer that sees Robert Carlos getting flattened and Rui Costa hitting the ball into a Sumo Goalkeeper’s chest. Towards the end, the legendary Buffon is defeated by a tremor caused by the plodding down of one giant sumo. The resultant goal kick into their post means the all-stars have lost the game.

Yes, the Sumos have won and the all-stars cannot believe it. The kind of agility that was displayed by the Sumo wrestler who got that goal with his legendary bicycle kick, is ethereal. Needless to say, all the cans of Pepsis are theirs for the taking. The ad closes with a scene of them walking away, triumphant. Of course, nothing is really over for our stars and what ad to convey that better than Beckham’s ESPN ad heralding his arrival in America, years later.

Of course, in the end it is really the game of soccer that wins, not to mention Pepsi, of course. This is inarguably one of the better ads of all time, in the sporting industry. It is endearing and makes us celebrate the fact that in the end, we are all human. 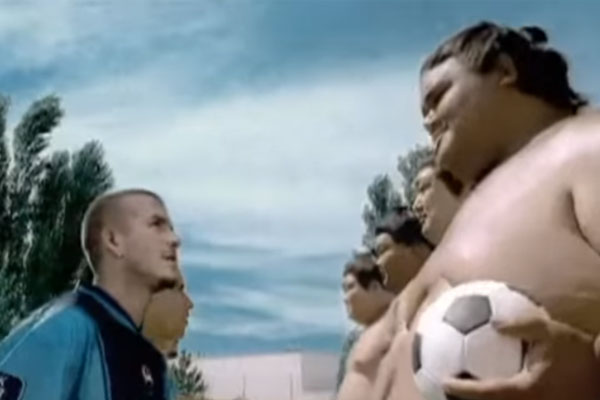 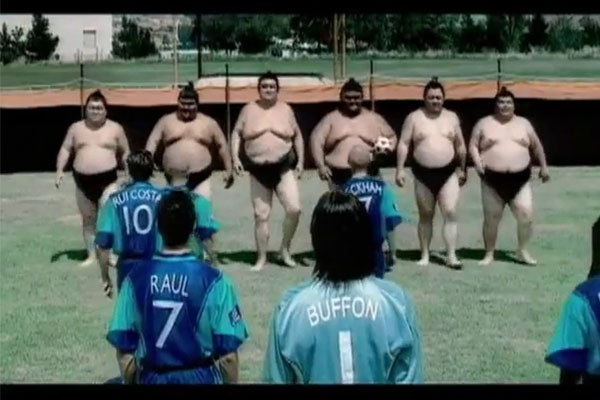 If you notice, the Sumo wrestlers in this ad never believe for a moment that they cannot win. It is this firm belief that helps them become champions in the end, and pull off a rather astounding win.

You can see this wonderful ad here: